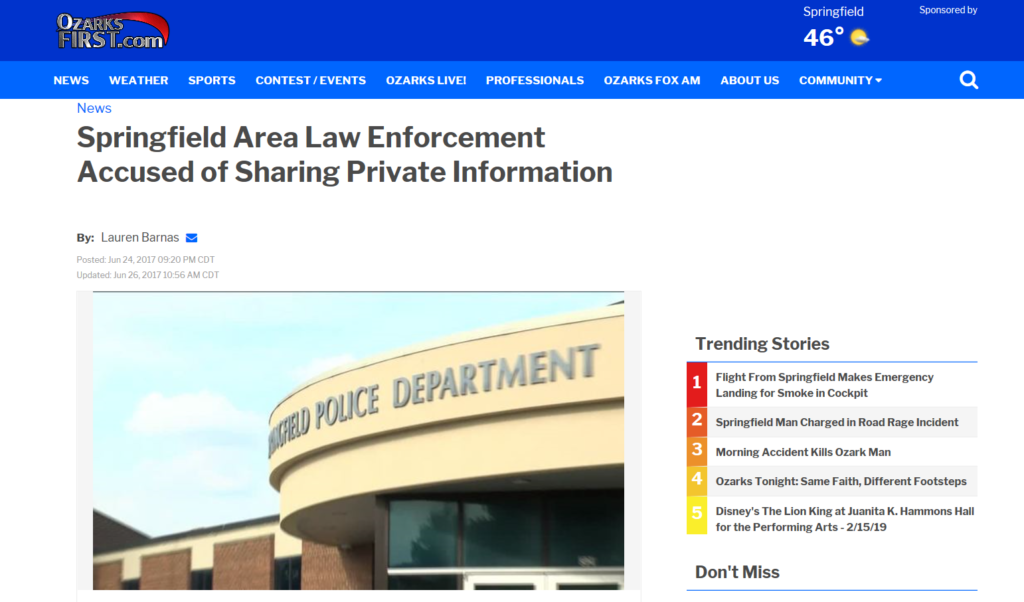 The city of Springfield said – upon initial review – it doesn’t think it’s doing anything wrong.

Derrick Marshall, the private investigator behind the complaint, said law enforcement is not only putting people at risk of identity theft, but also breaking several Missouri laws.

“I started looking into it and I actually cross-referenced some of the numbers, and they were numbers,” he said.

The city of Springfield told KOLR10 it would not go on camera to discuss the complaint, but did issue this statement:

“Our legal department is doing a thorough legal review that could take a week, but upon an initial review, we have no indication that we operating outside of the law…