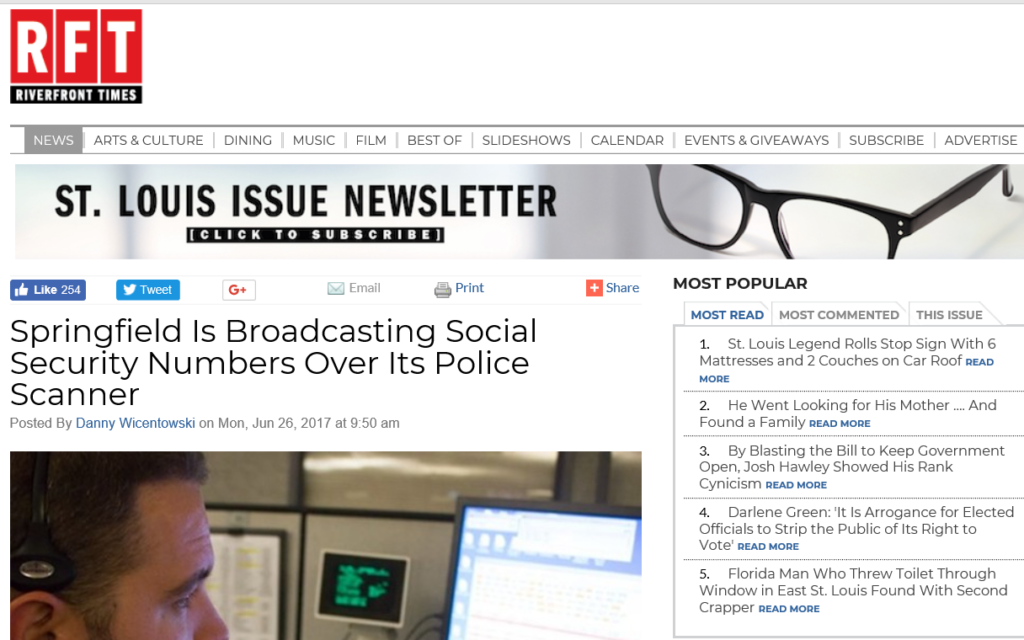 As a private investigator based in Springfield, Missouri, Derrick Marshall spends a lot of time listening to the police scanner app on his phone. In February, while working on an unrelated case, Marshall listened as a Springfield police officer called into dispatch to report a suspect who lacked ID.

Over the police scanner Marshall heard the officer rattle off a string of nine digits. It was the suspect’s social security number.